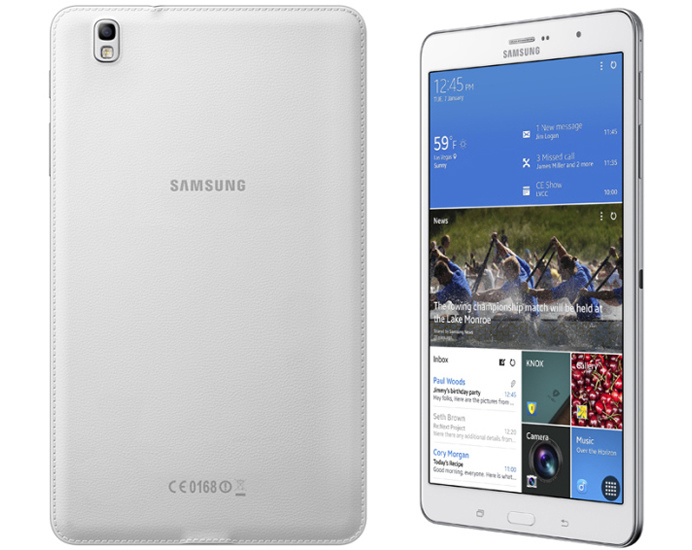 Samsung loves staying in the news and regularly unleashes some pretty eye-catching devices to continue making headlines. The South Korean technology bigshot has been planning a swanky new line of flagship tablets, currently being called the SM-T800 models. If rumors are to be believed as gospel truth, these tablets could very well come packed with eye-pleasing 10.5-inch AMOLED displays and pack some serious technological upgrades as compared to Samsung’s current lineup of Galaxy tablets. As per tittle-tattle, the SM-T800 tablets will feature a quad-core Qualcomm Snapdragon 801 processor, 2GB of RAM, 16/32/64GB of storage and microSD support for extra data storage.

For a snapper, the SM-T800 is predicted to pack an 8-megapixel camera behind and a 2-megapixel front-facing camera. Connectivity will be simple as always with USB 2.0 support. Inside, these tablets will come with chunky 7,900mAh batteries and will run Android 4.4.2 KitKat. The tablets will also come as WiFi only and cellular-enabled models. For now, there has been no official specifications list released by Samsung. The company has also made no announcement about the lineup’s price range or availability. However, if all that we’ve gathered from the rumors proves to be true, the upcoming Samsung flagship tablet line could make a considerable number of heads turn.