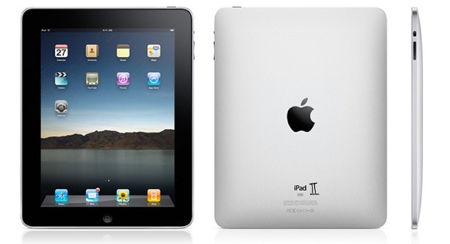 We have been hearing a considerable lot about the iPad 2 and it all seems so exciting. A Taiwanese newspaper that our source claims to be responsible comes up with a few rumors that we could do with. Firstly is the news that we were already familiar with, about the iPad 2 to be scheduled for next year. It also happens to be a Taiwanese news journo that broke the news of the iPad having a 7-inch display. If this isn’t convincing enough then there’s an ocean of uncertainty in your head that you need to clear. That’s also to encompass the fact that the much desired tablet will now be available with two cameras and a USB port as well.

It doesn’t get clearer my friend, but the answer to ‘what the next iPad could be like?’ is pretty much this. There have been no visible proofs that the current version has a powerful enough rumor to back it but we’re feeding ourselves on everything we’ve been fed with.
FoneHome