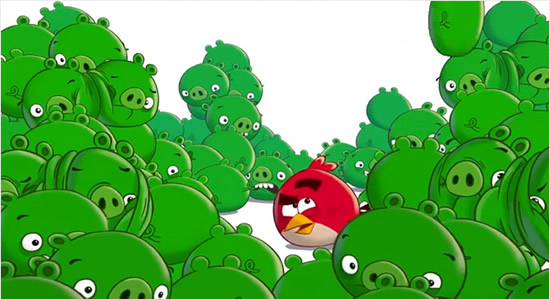 Rovio’s Bad Piggies game teaser shows up on the internet

The most of us have been siding with those extremely infuriated birds destroying pig-built architectural pieces in search of their eggs ever since the Angry Birds game first showed up on smartphones. Game developer Rovio recently announced yet another game, drawn along the lines of the best-selling Angry Birds franchise, christened Bad Piggies. As far as we know, the developer hasn’t announced anything more about the game and has launched a teaser video claiming “Something PIG is coming”, an obvious dig at Samsung’s campaign. That apart, the video gives no indication in regards to what the game’s all about and we’re guessing this one to be an Angry Birds-esque game played from the pig’s point of view. Also, Rovio expects to hit gold yet again with this upcoming game and shooting grinning green pigs at pissed off birds does sound a lot of fun!