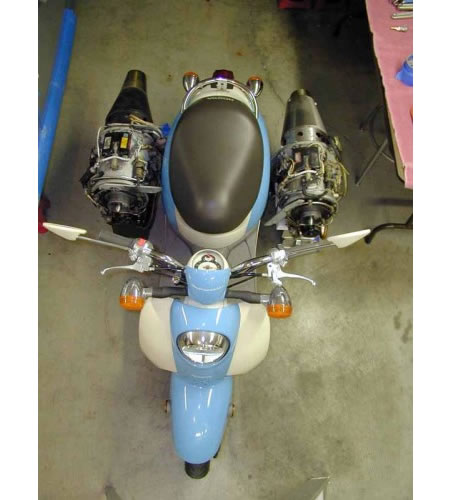 Get a grip of this people, Ron Patrick modded his Volkswagen Beetle with a jet engine and guess what…it was street-legal! Now he has gone and modded a scooter and fitted it with two JFS 100 jet engines! While the first endeavor was out of love for fast cars, the second one was for his ladylove.

Engines are 50 lbm each so weight is an issue. Will probably use air-start with a carbon fiber tank of compressed air. That saves weight since batteries will then not be needed.
Looks cool from the top. Will want to make aluminum housings to go over the engines just like on a DC-9. ?
Presently his project is just starting out, so the scooter is not yet functional, however we can expect to hear more from him soon. 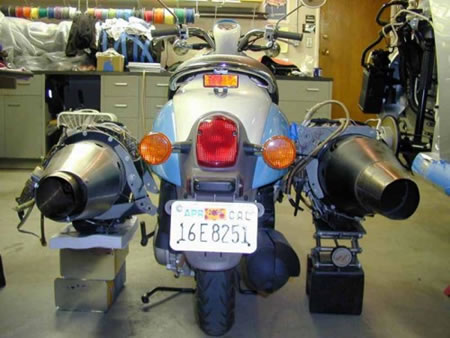