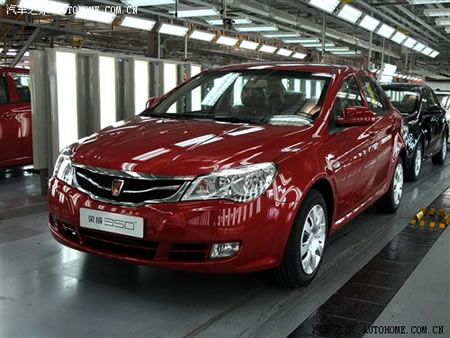 Roewe 350 car comes with built in Android system, no the Transformer kind, the Google kind

When one hears Android powered car, we don’t think ‘Transformer’ but what it essentially pertains to is a car that uses Google’s Android OS to run its internal, in-car systems. Well one of the first, if not the premiere itself, automobiles to incorporate the little green robot’s system into its own is the Roewe 350. The 350 is already in production and will be out sometime soon. The car’s internal system viz. GPS, media player, DVD player etc. will all be running on an Android v2.1 OS. It will allow users to download data on the go for live traffic reports to add to the GPS and you’ll also be able to check your email. Of course this isn’t recommended while driving but you’ll have something to do while stuck in traffic I guess. The Roewe 350’s official price tag hasn’t been revealed just yet but word is it’ll be just a little over $10,000. That’s quite a steal.
[Engadget]