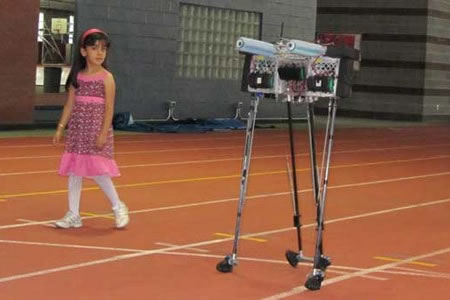 It’s not like the Matrix and Terminator haven’t already got us a little freaked about the world of AI and robot dominance that’s just about round the next technological corner, when engineers at Cornell University throw this at us. Their Ranger robot has just set a new world record in robots for completing the longest walk, untethered. Ranger was controlled by remote control and successfully walked a distance of 14.3 miles, a total of 70,000 steps in just 11 hours. Well at least he was remote controlled but how long will it be before we have a Ranger Robot that isn’t?
[Switched]