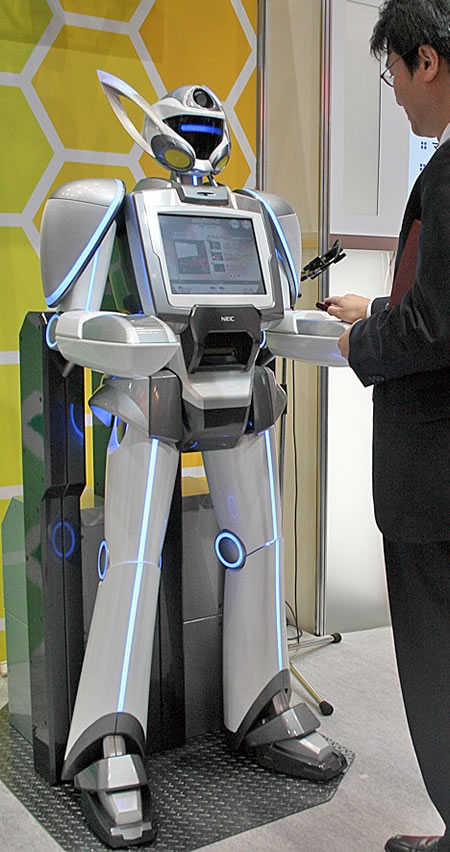 Cashless transactions have been on the scene for sometime now. The resourceful FeliCa RFID readers in Japan have been graciously been accepting payments for transactions and are emerging as a popular mode of payment; and its as easy as swiping your phone across the machine. NEC is pepping up the system by introducing a robot prototype, which was seen at the recent iEXPO 2008 trade show in Tokyo. This robotic payment receiver integrates existing technology, and NEC hopes to place it at amusement parks and other such spaces, where it can sell entrance tickets to visitors with FeliCa-enabled wallet phones, also known as osaifu keitai.

Here is how the Robot works, “To pay the robot, users simply select the appropriate e-money icon on the robot’s chest-mounted touch screen panel and then swipe their phone over the reader/writer embedded in the left hand. The robot can also be programmed to transfer electronic coupons and other data to the user’s phone when payment is made.
Other features include a camera system that can work with face recognition technology to identify and profile park visitors. If asked to do so, the robot can recommend specific attractions based on the person’s apparent age and gender.”