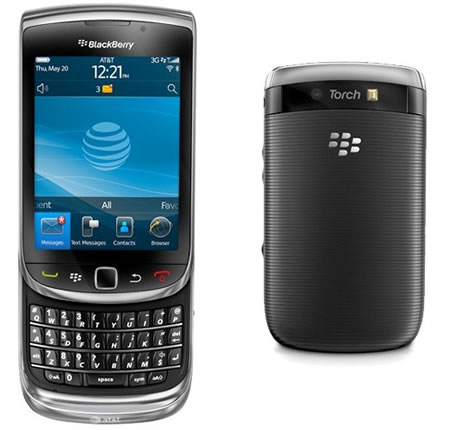 RIM’s BlackBerry 9800 Torch is official takes on yet another form, QWERTY Slider with Touchscreen

Although the 9800 hasn’t been officially announced we do know this new touch screen slider (QWERTY), a first from RIM, is being called the Torch. The company has been experimenting with all kinds of form factors for quite awhile and this is the latest. Instead of going with a conventional slider form, they’ve given it a touchscreen as well. The Torch will come loaded with a BlackBerry OS6, a 3.2-inch touchscreen (480 x 360 pixels), an optical trackpad, which is quite redundant considering it’s a touchscreen display, 4 Gigs of internal memory wit microSD support, a 5MP camera, 3G , GPS and Wi-Fi. It’s due out on the 12th of this month from AT&T and third-party retail locations and websites for $199.99 on contract. Though why it’s called the Torch is beyond me.
[Engadget]