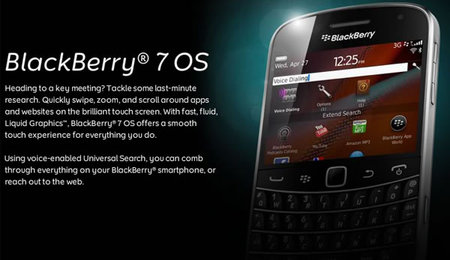 With the unveiling of the BlackBerry Bold 9900 and 9930, Research in Motion Ltd has also announced its new OS7. After having recently released the OS 6, compatible with a few older phone versions like the Curve 3G and the Bold, RIM has now gone a step ahead, with plans to bring out an all new operating system. The new OS 7, unlike its predecessor however, will not be compatible with older phones, or so says RIM. We’ve known hackers to do the job for us before. The upgrade won’t be available for older models due to tight device integration.

Not a lot of news in regards to what exactly the new OS is capable of to ponder upon for now. Stay tuned for more!
[Intomobile]