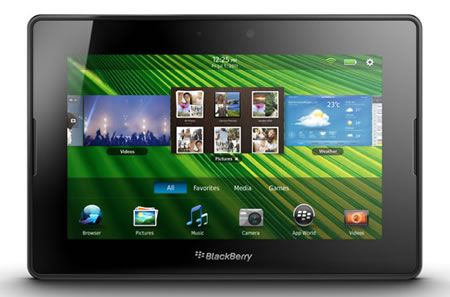 RIM slashes BlackBerry PlayBook prices by half in India

Sure RIM might have created quite a storm with its BlackBerry smartphones since quite a while now, with most of the business world turning towards this handy device. The BlackBerry PlayBook, RIM’s rendition of a tablet however, simply failed to catch on and latch on to the hearts of users worldwide. And you wouldn’t need a clairvoyant to predict that, given the fact that Apple currently rules the tablet market today, followed by Android devices. Now, in a desperate attempt to increase sales, RIM has turned to India, offering the 16GB PlayBook for as little as Rs. 13,490 instead of the regular price tag that shoots up to Rs. 27,990. Also, RIM has on offer the 32GB and 62GB for 15,990 and 24,490 against the original prices of Rs. 32,990 and Rs. 37,990. Well, this might just work, given that quite a substantial number of smartphone users in India use BlackBerry devices, without which, the PlayBook remains a lackluster slab of technology.