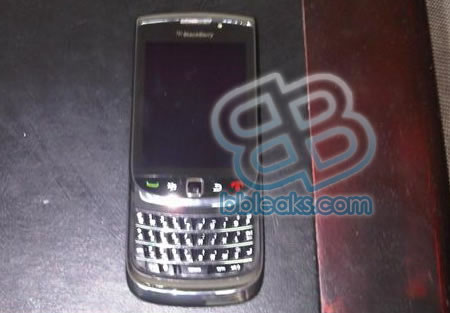 RIM possibly has a Touchscreen/Vertical Slider BlackBerry in the works

The BlackBerry has, for a long time now, been essentially of the QWERTY or SureType variety but of course they have experimented with other designs like the Pearl Flip and the Storms in their touchscreen glory. The only form remaining was that of the slider and voila, they’ve apparently got that covered too. It’s been a rumor that RIM had intentions of deploying a slider handset and it seems like those could very well be true now as leaked images of an apparent BlackBerry slider are surfacing. RIM is going with a dual input system – a touchscreen and what looks to be a slid down QWERTY keypad. There’s also a hint of what could be an optical trackpad as well. Could this be the Strom 3? It’s wait and watch but knowing RIM, this ‘leak’ is most likely the real thing.