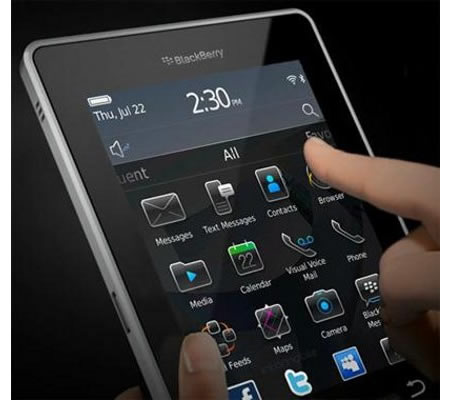 RIM Blackpad may be announced at the BlackBerry Developer Conference, fingers crossed

Everyone is getting into the Tablet PC scene, including the otherwise hardcore mobile phone makers. The latest is RIM who are working on a tablet of their own that’s been dubbed by some as the ‘BlackPad’. It’s quite possible that we just might see it at their annual RIM BlackBerry Developer Conference that’s due to commence soon. If it’s announced then, we could see a launch of the device come November, in time of the holidays. There’s not much information about this device but the Wall Street Journal said it would have a 7-inch screen. It’s quite unlikely that RIM would go Android so I’m personally looking forward to it running on a BlackBerry OS6 system. If I were you, I’d start seriously saving up as the tablets are coming, come year end.
[Intomobile]