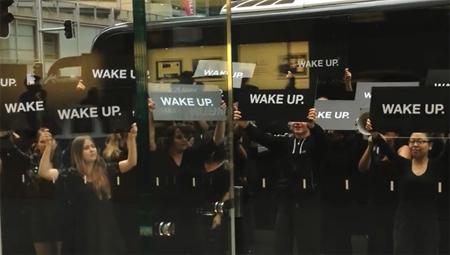 Apple stores in Sydney and Melbourne recently faced the wrath of flash-mobs with people standing around drenched in black. And just when the world of technology began to acknowledge the move to be made by Samsung, RIM decided to finally step in and admit the scene. As part of the demonstration, people clad in black showed up at Apple stores with signs reading “Wake Up”. According to Research in Motion, the demonstration was organized to promote the company’s upcoming Blackberry 10 operating system. Well, RIM seems to have grabbed quite the attention with the move, though with many people unknowingly giving Samsung the credit for this orchestrated demonstration, RIM might have simply stabbed itself in the back!