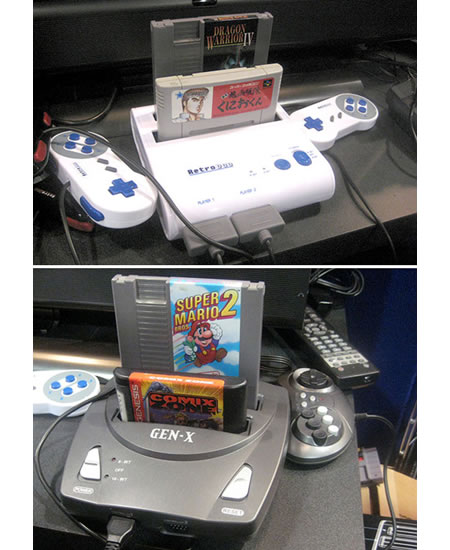 Retro Duo clone consoles promise to help you bring out those long forgotten Nintendo cartridges and play them perfectly for you. Apparently the console is just a bit smaller than the North American Super Nintendo, however this version will actually accept and play both NES and SNES games. Genesis fans need not fret as there’s also the Gen X console which is compatible with both Sega Master System and Genesis/Mega Drive carts. An online importer called Innex is showing them off at the CES and it may be noted that Innex claims these particular systems are based on patents that have since lapsed, so you need not worry about breaking some laws.

Retro Console Clones are available for about $40-50 depending on where you buy them.
Source