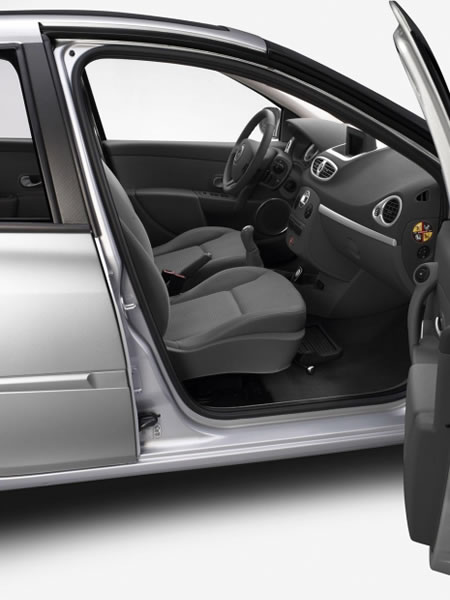 Renault’s swivel seat may spin you out of control

Not that I meant anything wrong by that headline but well, we can trust Renault to make something, even as twisted, work well for you. What’s the real reason for a car to have a seat that swivels? Well, isn’t it obvious already? It’s to make you get out of the damn thing without having to twist that lazy waist. No pun intended but this one’s headed straight to Europe. It can turn by up to 75 degrees at the pull of a lever that’s placed under it. At last we have someone thinking about the well being of the poor driver.

It’s one thing that it can take the weight of passenger only up to 130 kilos, meaning that the guys (130 KG +) who really need it won’t be making much of it. You can get it in the three and five door options of the Clio Expression Clim and Dynamique Tom Tom.