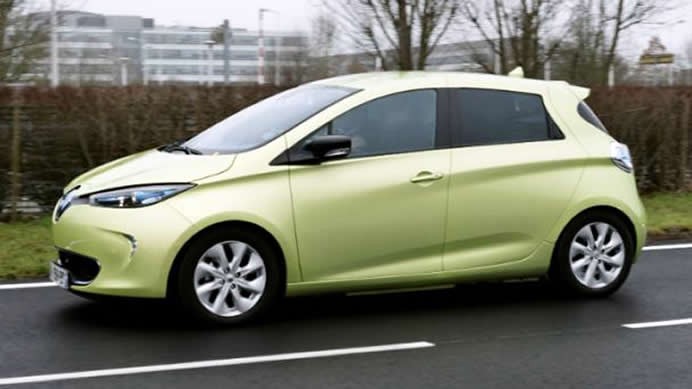 Renault gives a sneak peek into the future, shows off self-driving car ‘Next Two’

Just a few days back we covered the Renault’s KWID concept car which was unveiled at the Delhi Auto Expo, and here’s another concept by the French automaker which might not have its own personal drone, but is fully autonomous and can drive on its own. Dubbed the ‘Next Two’, the car is based on the marquee’s Zoe hatchback and is a part of French government’s ‘New Face of Industry in France’ program which involves autonomous cars. The concept car is mechanically same as the Zoe and features the same electric motor good for 87bhp and 220Nm of torque. But it’s the additional electronics aiding the fully autonomous system that makes all the difference.


The Next Two concept is fitted with Advanced Driver Assistance Systems (ADAS), which is a combination of a single sensor placed on the front bumper, a camera is placed on the bottom of the rear-view mirror, an ultrasound field and a control unit completing the mechanism. All the components work in unison and the system helps the car steer clear of all the obstacles and drive down to the destination without crashing. The car is also capable of finding an empty spot at the parking lot and park itself without any human intervention. Sounds pretty neat! As per Renault, they are still testing the system and working to make it foolproof. The Next Two will hit the roads within the next six years. Find the video of the Next Two in action after the jump.