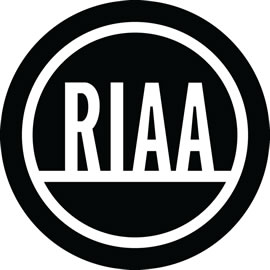 Somebody or something at the Recording Industry Association of America (RIAA) needs to change. Reports have revealed that in 2008, the RIAA paid out $16 million to recover only $391,000 in copyright infringement claims. On the one hand, this could be legislative madness. On the other, it could be seen as a big industry’s vain attempt to scare little fish out of illegal downloads and file sharing. If these figures seem excessive to you, though, take a look at those for previous years. In 2007, more than $21 million was blown on legal fees, and $3.5 million on “investigative operations” – whatever they may be. Just $515,929 was recovered – a deficit of around $24 million. In 2006, the RIAA forked out over $19 million in legal fees and more than $3.6 million in “investigative operations”, to recover just $455,000.

If those numbers have left you slightly mind-boggled, here it is in short – over 3 years, the RIAA spent around $64 million to recover around $1.3 million. Rather than trying to stamp out illegal downloads and file-sharing, wouldn’t this money be better spent investing ways to adapt these facilities, so the industry, artists and music fans worldwide can benefit without any law-breaking? Or am I just being idealistic?
[Recording Industry VS People]