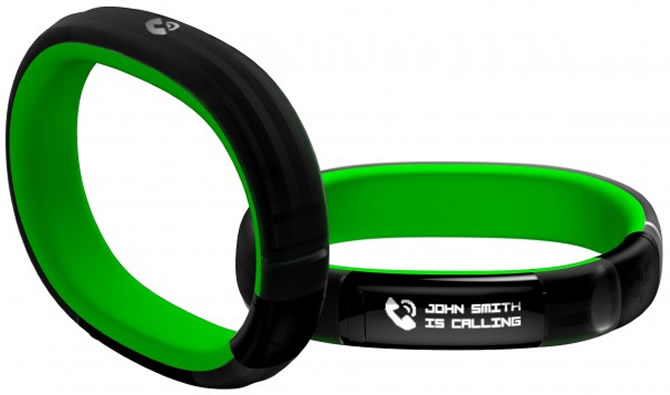 Razer shows off the swanky Nabu wearable device at CES 2014

Razer has been around since quite a while now, making geeks around the world go “ooh” every time a flashy new keyboard, headset or mouse is released. The computer and smartphone peripherals firm seems to have decided to go a step ahead off-late and unveiled its own rendition of wearable technology at CES 2014, the technological playground being hosted in Las Vegas. Called the Nabu, this body-tracking wristband by Razer sports two screens, one on top that simply tells wearers what “type” of notification has arrived, while the other is a larger screen, which is concealed on the inside of the wrist.

The Nabu connects with smart devices via Bluetooth and is styled like most of Razer’s products, minimalist, black, with green accents and extremely eye-catching. The device also functions as a fitness-tracker and sports onboard sensors for data collection, an alarm clock, and a GPS location tracker too. That apart, the Nabu also works as a social communication device, enabling wearers to connect with other users around and communicate! The brand promises a 7 to 10 day battery life on a single charge and the beta version of this device will be available for just $50 this January. A consumer-ready model will show up in the months to come with a probable price tag of $100.