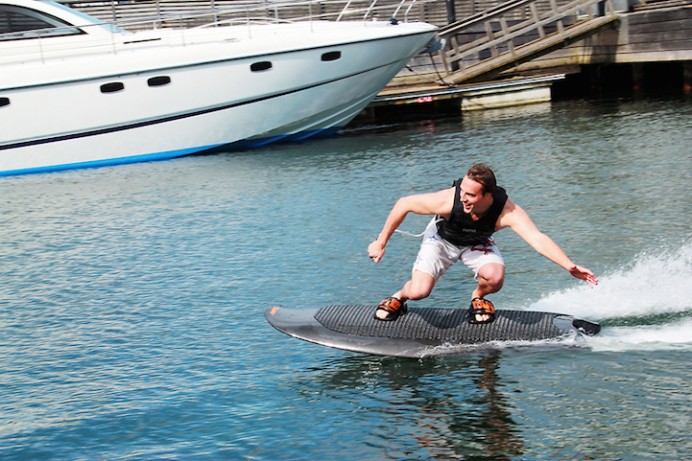 Radinn’s Electric Wakeboard allows you to surf without a boat

What does wakeboarding require? A wakeboard, a boat to pull it and some waves. But not now, as Radinn electric wakeboard promises to change the rule of wakeboarding, if you have Radinn, you neither need the boat, nor the waves! World’s first electric wakeboard designed by Swedish entrepreneurs Alexander Lind and Philip Werner, Radinn wakeboard’s salt water resistant jet propulsion system, powered by lithium batteries will let you pull off those cool stunts on your own without any support, just about anywhere, be it the seas or the rivers! The battery sits in a watertight compartment, is very easily removable for charging. The prototype wakeboard is capable of attaining a speed of up to 30km/h. Although the actual wakeboard might be able to have higher speeds. Radinn electric wakeboard is very light weighing 29 pounds including battery and is made up of carbon fibre, it has a waterproof wireless remote control which you can hold in your hands while surfing. The battery will last up to 60 minutes if you do normal wakeboarding, but it can get drained faster, if you are doing those tricks in full gusto. Radinn electric wakeboard will have normal foot binding just like any regular wakeboard, but they can be removed if you in the learning phase of wakeboarding. The prototype was revealed at Cannes Yachting Festival earlier last month. Wakeboarding enthusiasts can lay their hands on the sleek and powerful wakeboard somewhere in the middle of next year. But, pre-orders start by the end of the year, so you can order one for €15,000 (£11,800 or $20,000). 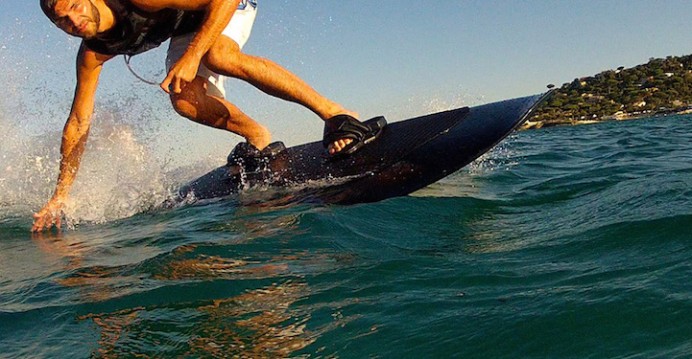 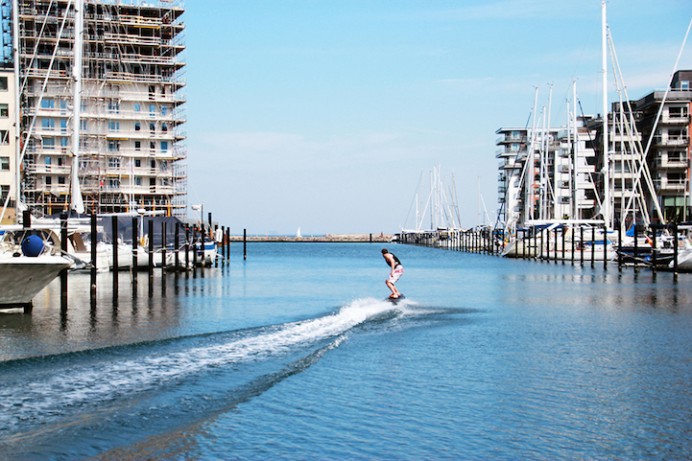