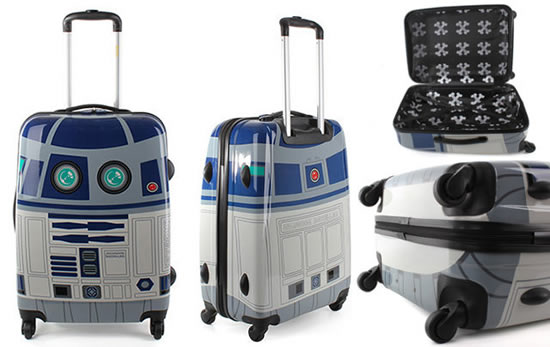 The world will never tire of Stars Wars-reminiscent stuff and we’ve just spotted an ideal way to set off on a holiday, designed specifically for the hoards of geeks. In essence an R2D2 themed suitcase, this one sure looks like the annoying-though-lovable beeping robot that stars in the movie franchise. Priced at $97, this creation of Salvador Bachiller isn’t however officially licensed, a fact that might just have your fellow nerds frown at your luggage. That apart, this one comes complete with a set of wheels and an expandable handle that allows you to drag your trashcan-robot-like suitcase behind you. A perfect piece of baggage to take along on a Star Wars convention or to the next Comic Con, we aren’t sure just how long these will remain on shelves, given that George Lucas and his cronies have probably sniffed it out already and are preparing to pull it all down quickly.