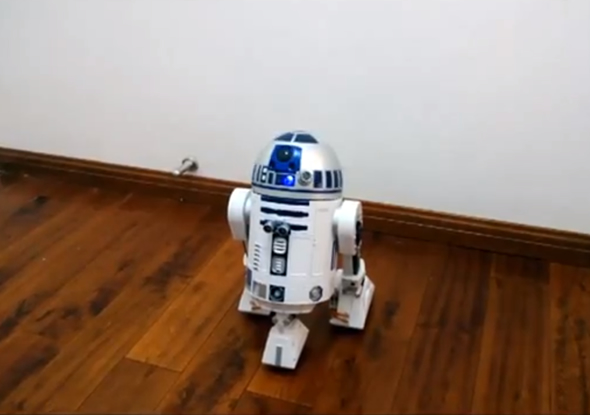 Computer Science Ph. D candidate Lingxiang Xiang has managed to further exploit the wonders of the cheap Raspberry Pi computer. He went on to repair a broken R2-D2 toy replica using the computer and a few online tools to create a robot that offers face recognition, motion and distance detection, voice command recognition in English and Chinese and recording of audio messages.


And you would wonder what this wonder-bot actually was aimed at. It’s a cute little gift to the Xiang’s girlfriend. How charmed she must be to see what he’s put together. And she better stick to him true like glue, the boy has some serious potential.