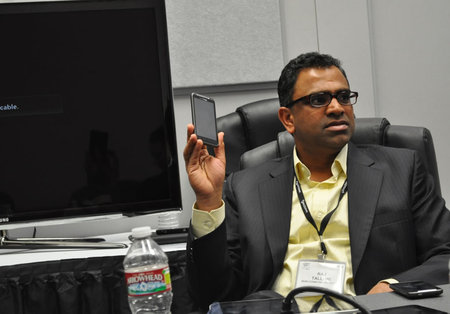 It has been quite some while since SnapDragon opened gates of competition for Intel in the market with respect to a compelling platform for ultramobile PCs and mobile devices . Their makers, Qualcomm previewed their addition to the lineup of SoCs. Each of these would be based on MSM8x60 processor built using the 45 nm process. Their application processor core, dubbed as Scorpion, runs at 1.2GHz, with graphics accelerated from a dedicated Adreno GPU.

Qualcomm has unveiled two flavors, one for smartphones and another for tablets. Some of the features which shined out were stereoscopic 3D capabilities which streams HD video to a supported TV via HDMI and video conferencing engaging multiple parties. Let’s see if these SnapDragon chips can really ‘snap’ out Intel’s huge market share.
[Electronista]