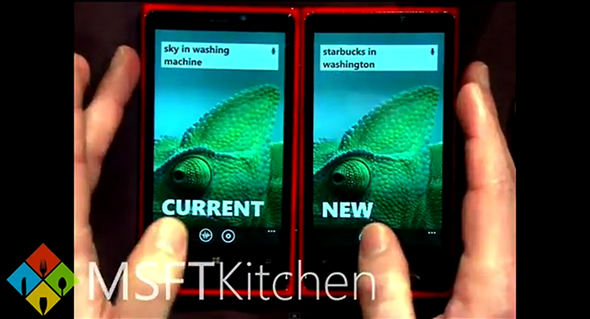 Voice recognition software in smartphones are still very error prone but Microsoft is doing its bit to improve the Bing app. A leaked video was posted over at MSFT kitchen of the Microsoft’s privately held event for its employees a few weeks ago, showcasing the improved prototype Bing app featuring multiple improvements over the current app. The video features two Windows smartphones side by side, one with the current Bing app and the other with a prototype Bing app. The difference between the two is demonstrated in real time.


The voice recognition accuracy of the prototype has been improved by up to 15% on the back end, and has a potential to be improved by another 10-15%. In addition to this, the speed at which the app returns a relevant result has got desired improvement.

Another part of the demo showed the apps capability to perform better in noisy environment with decrease in the rate of errors. But there is no confirmation on when Microsoft plans to bring the improved Bing app for all end users.