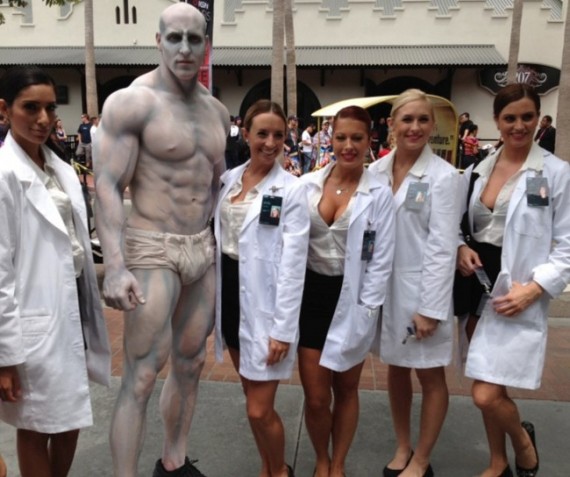 The Engineers were one of the most mysterious characters from Ridley Scott’s epic ‘Prometheus’. They gave us life and then they wanted to take everything back from us, but why? While we wait impatiently for the announcement of a sequel at the Comic Con here is a really ripped and huge guy depicting the so called ‘gods’ from Ridleys perspective.