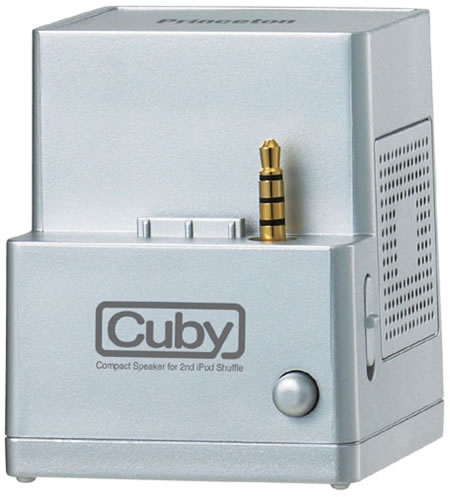 Princeton Japan has announced the Cuby a dock for second generation Shuffle. Powered by 3 x AA batteries the dock has stereo speakers delivering an output of 0.5 watts x 2Ch. It connects with the Shuffle via the head phone output and to the PC via USB cable for transfer of files. When connected to the PC it draws power from the USB port thus saving on battery life.