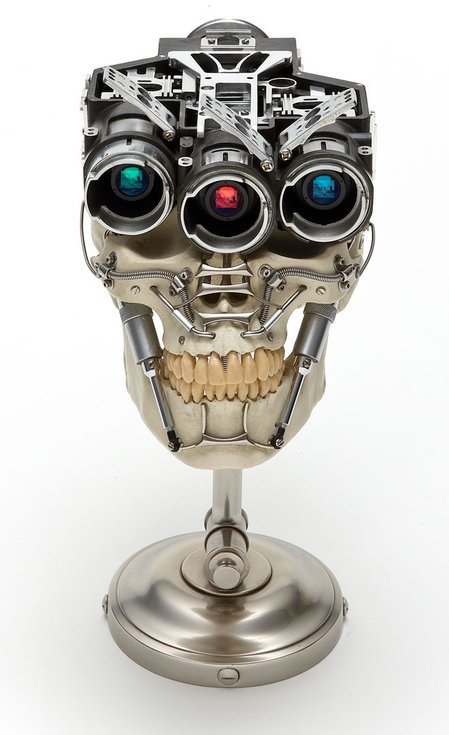 For those of you who aren’t aware, Christopher Conte happens to be an artiste of a slightly weird caliber. He’s specialty is what I like to call techno-art, sculptures with some sort of tech angle incorporated. His latest masterpiece is as bizarre as any of his others. Called Precognitive it depicts a skull with three lenses one for each eye and a third in the center symbolic of what some cultures consider the ‘third eye’. That’s how we get the whole precog motif. It’s quite a detailed sculpture and even has an iPod that’s used to stream images from the documentary – ‘The Color of War’ onto the three lenses. According to Conte – The analog lenses used as the eyes divide white light into the three additive primary colors. The entire sculpture is about 1 foot in height, 5 inches wide and about 8 inches deep. The eyes are made up of – “hacked innards of a large, shoulder-type professional video camera,” It’s quite the ‘eye’ candy even if it is a bit morbid.
[Wired]