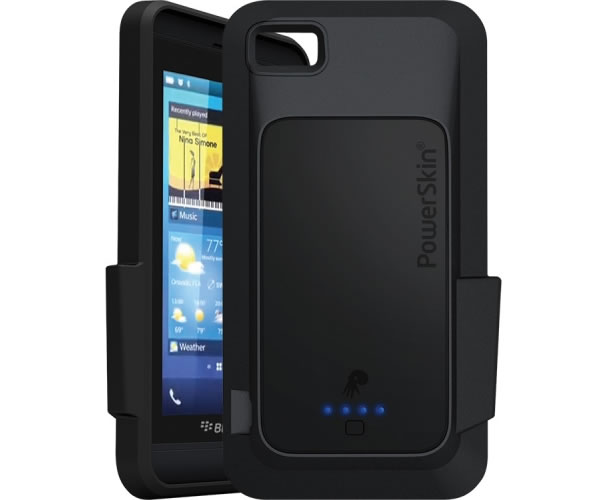 PowerSkin has been around crafting one-of-a-kind cases for smartphones since quite a while now. Previously, the company has unveiled several cases that boost battery and make your smartphone shock-proof to quite an extent. The company has now pulled out yet another charmer from its drawstring bag, an NFC-enabled battery case for the BlackBerry Z10. This case is the first of its type made available in the market today and is a one-piece concept that’s extremely light in weight.


The Z10 PowerSkin sports a soft silicone exterior that turns your phone into a shock- and dust-proof device. Weighing in at 88 grams, the case uses an integrated 1500mAh rechargeable battery that ups your smartphone’s battery by 60%. To control the flow of power, users can flick the On/Off switch on the case. The Z10 PowerSkin also includes an LED light strip on the back that indicates the amount of battery charge remaining. Measuring in at just 20 mm and featuring PowerSkin’s patent-pending technology enabling NFC transmission to pass through the silicone case, this one’s priced at $79.99.