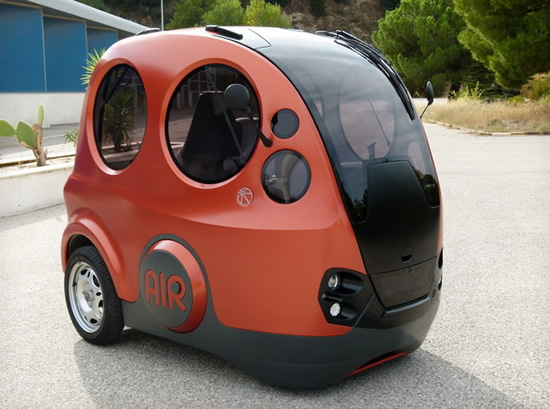 Powered by nothing but air, Tata unleashes the Airpod

Fossil fuels are quickly losing favor amongst users with the world slowly though surely turning towards cleaner energy sources. Indian car manufacturer Tata, known for successfully developing and mass-producing the world’s cheapest car is now working on a revolutionary propulsion system that uses nothing but air to power up! Called the AirPod, this three-seat car uses compressed air and is capable of drawing in air from the surroundings to keep it going! Sporting a tank with compressed air stored for use, the AirPod also features a secondary electric motor to suck in air from outside and is capable of touching speeds of 43 miles per hour, using regenerative breaking to its advantage. Also, this one might not score a lot on looks, but the very fact that it powers up with nothing but air could turn it into a huge success!