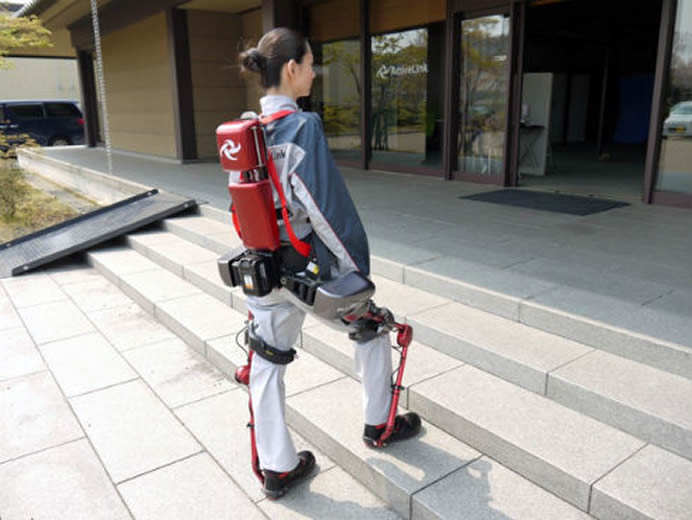 Some might believe that the sci-fi stuff shown in the fantasy movies are too unrealistic and won’t be turning into reality anytime soon, but in fact the truth is we are galloping towards a future where these cutting edge sci-fi technologies will be readily available to all. Recently there was some news that US military is preparing an Iron-Man-like suit for its soldiers, and now a company in Japan has come up with mechanical suit which is basically a motorized exoskeleton that assists body movements like walking, running and climbing stairs. The exoskeleton is named ‘Power Loader Light PLL-04’ aka ‘Ninja’ and is being developed by ActiveLink which is a subsidiary of Panasonic.


If you keep track of these kinds of stories then you might remember Panasonic previewed a robotic exoskeleton named Power Loader Light first time in 2010. Named after a similar exoskeleton seen in the sci-fi film Aliens, the powered suit made several appearances in the past few years and has undergone several changes. But unlike that version of the Power Loader which is primarily being developed to assists jobs like picking heavy loads, the Power Loader Light Ninja is light weight version with lesser motors and small battery pack which will assist the wearer in walking.

The Power Loader Ninja suit weighs just 15kg and provides an assistive power of around 30kg. It consumes very less power as it has reduced mechanical parts and the supporting motors have also been reduced in size. The suit is capable of providing active as well as passive assist to the user and can not only operate on plain surface but be used on slopes and stairs as well. In the running mode, the suit can achieve a speed of up to 12km/hr which can be seen in the video uploaded by the company. As far as the applications are concerned, this particular version of the Power Loader suit can help paraplegic patients or those with walking disabilities. The project is still under development but the company plans to commercialize it within three years.