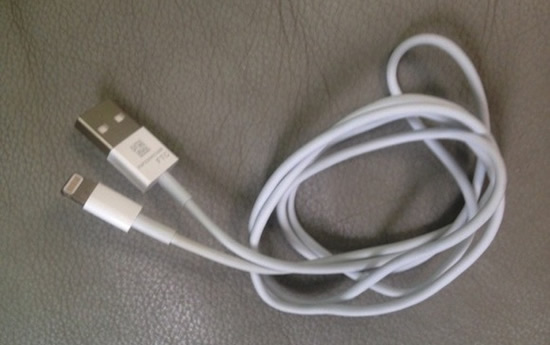 There is plenty of frenzy surrounding the iPhone 5 and even the rumors that indicate the probable arrival of an iPad mini in the near future. Many believe that the release will shortly follow the launch of iOS 6 and while nothing is confirmed yet, all indicators definitely point towards a brand new iPhone in the coming months. The mini iPad still seems like a bit of a stretch as it was Steve Jobs who once famously told the world that 7-inch tablets needed sandpapers to be packed along with them so that consumers could file down their fingers. But one thing all the rumors have in common is the 16-pin dock, which will replace the current 30-pin dock.


Many believe that Apple is replacing the current 30-pin dock to save up on space and add probably the headphone jack at the bottom of the iPhone, which will apparently save up on space and probably even help make Apple even thinner phones. And this leaked image of a 16-pin mini dock USB cable seems like further proof that the change is most likely to happen. While this may not be an ‘Apple product’, it could well be something that a third party designed in anticipation of an iPhone 5 that will use the USB cable. If this is really the truth or whether the image is a complete hoax, we will find out very soon…