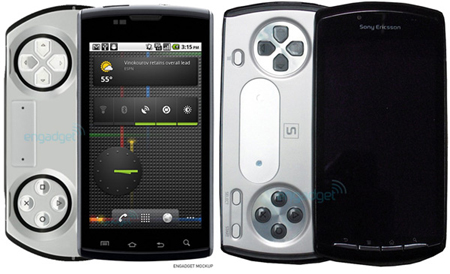 PlayStation Phone is here at last!

From 2007, we have seen a series of gritty variations and impressions of the then impossible PlayStation Phone. All of this has boiled down to one really interesting story that says that the phone is for real. There is a backing of reliable sources who resonate this story with hearts crossed. Codenamed ‘Zeus’, the phone seems to be running some pre-Android3.0 OS and the usual PSP controls with a few unusual twists, on a slide-out controller. The images you see here include some Engadget mockups as well as real images. There are more after the jump.

The time has come my friends. We have consoles tying up with mobile phones to counter the tablet-fever that’s taken more than its allowed share of our attention.
Engadget