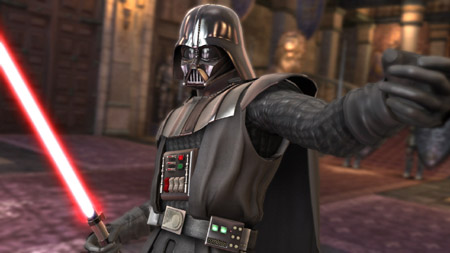 Well, it all seemed really cool to play motion-sensing games on a platform that didn’t need you to carry some really annoying controllers around. But then there are some games that really need you to have a tangible tool in your hand rather than a simulated one. Here’s the Light Saber PlayStation Move game. There’s little doubt as to who it is directed to but the fans of the movies that dawn the insatiable game, there’s little to curb the excitement. I, for instance, would like a light saber in my hand, gripped well enough to make sure that I leave no living trace of a few malicious beings of my kind, in my world.

It’s fact that the Star Wars motion sensing game will be due only in the fourth quarter of 2011 but the fact remains that there is a need for controllers sometimes, if not all.
MCVUK