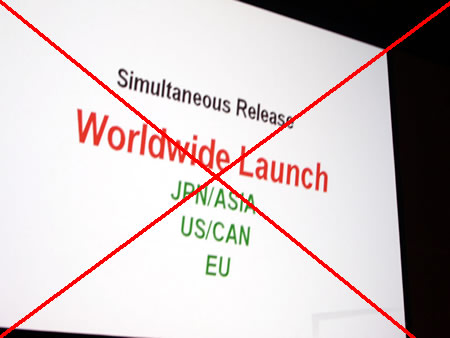 All of you in Europe, Russia, Middle East, Africa and Australasia waiting for the Playstation 3 can take a break as the earlier release date of 17th November 2006 has been postponed to March 2007. However launch date for Japan and North America will remain the same, which are November 11th and November 17th respectively. So why the delay apparently it is caused due to delay in the mass production schedule of the blue laser diode within the Sony Group, thus affecting the timely procurement of key components to be utilised in the next gen console. However the previously announced Playstation 3 shipment forecast of 6 million units globally within the fiscal year ending 2007 is not changed.

This delay will have a serious effect on the Blu-Ray demand as the Playstation 3 was to act as a catalyst driving up the demand.