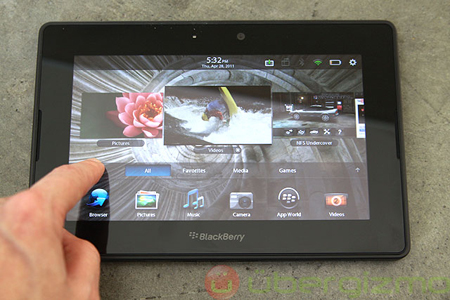 When we heard about the launch of RIM’s PlayBook tablet, we also learnt that the device would support Android applications to some extent. The apprehension about the same wore off quickly with other hype-inducing factors that the PlayBook introduced. However, we’re glad to know that the feature in question is expected to make it by fall this year. It’s good news too since the PlayBook seriously lacks applications and the Google catalog of apps is quite extensive.

RIM fans will be delighted to know that there is more to the PlayBook than what they’ve been fed till now. It’s like new life in something that didn’t impress till now.
Ubergizmo