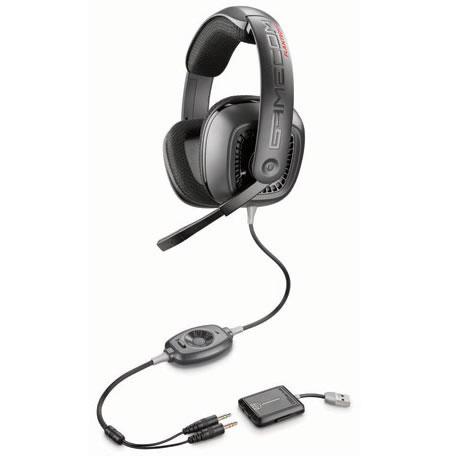 Avid gamers will probably be rejoicing, after Razer announced their Maelstrom, its time for Plantronics to do their bit. The GameCom 777 headset promises to reduce ‘listening fatigue’ thanks to the Dolby Surround Sound. It processes two-channel stereo audio into five channels of surround sound. The headphone has Dolby ProLogic II technology in a plug-and-play USB sound card and the boom mike is placed flush with the headband. It even features a noise-canceling microphone and the volume controls are easily accessible. The Dolby surround sound can be turned off via the in-line volume control. Expect them next week for $99.
Source