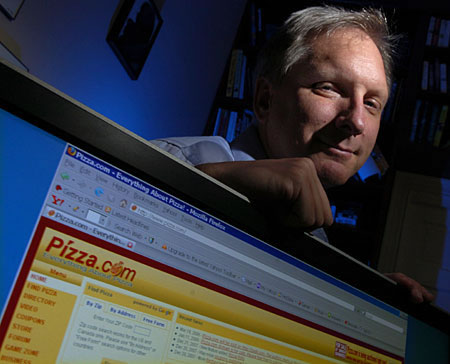 Pizza.com sells for $3 million. What recession?

For a $20 investment, Chris Clark a tech entrepreneur, made the best decision in his life. He bought the domain name Pizza.com in 1994 for twenty bucks and sold it recently for almost $3 million. A week’s worth of anonymous bidding at an online auction site had pushed the price to $2.6 million, compared to the fact that most domain names go for around $2000, we’d say Clark has a good deal on his hands and a great pie going in his favor. He was tempted to let go of the name after he learnt that vodka.com sold for $3 million.
Via – Luxurylaunches