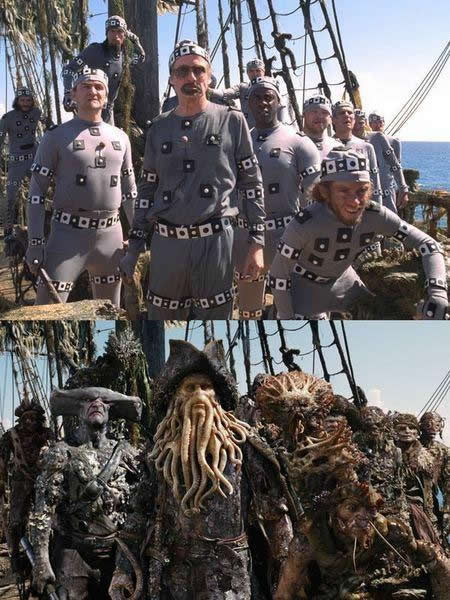 Pirates of the Carribean – Before and After CGI

Bill Nighy and others on the Flying Dutchman converted to Captain Davy Jones part octopus, part crab, part man and other bizzare creatures by the wizards at Industrial Light and Magic.
Thanks Mark
(Video after the jump)