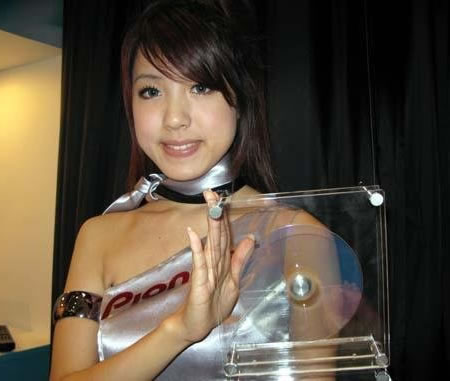 Pioneer is blowing us away with its announcement of the 16-layer optical disc that can store 400GB data. Apparently the disk used is based on Blu-ray Disc (BD) with an added breakthrough in material of reflective layers. Moreover even the specs on the pick-up head of the disc are the same as those of blank BD discs. To summarize, the Pioneer discs can be read on BD players that are currently available in stores. The read-only (ROM) 400GB discs will be out by 2008 to 2010; the rewritable 400GB discs will be out by 2010 to 2012 and the 1TB capacity disc should show up in 2013.
Source