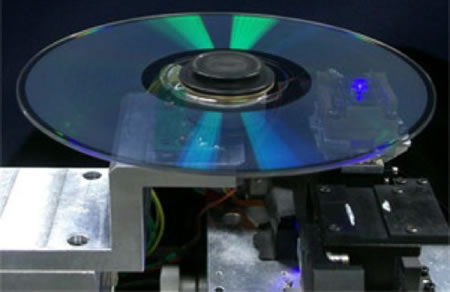 Growing strength to strength, Pioneer has come a long way from its humble beginnings. Always raising the standard, it always tries to outperform its previous offerings. It first came out with the Blu-ray compatible16 layer 400GB optical disc and it now announces the 500GB version within a month’s time.

“While Blu-ray discs (BD), offering both 25GB and 50GB, are sufficient for users’ current demands, we envision the need for a technology that can support far greater capacities as HD streaming in particular becomes commonplace and users build larger files of digital content,” said Pioneer Multimedia Division Product Manager Brendan Sheridan. “The multi-layered method is compatible with Blu-ray devices providing a long term future for the technology and is more easily produced when compared to competing technologies such as holographic storage.”
Sheridan states that the disk is currently only a research project and the Blu-ray Disc Association (BDA) is being contacted about formalizing the standard. The disk will be out in about 2-4 years time.