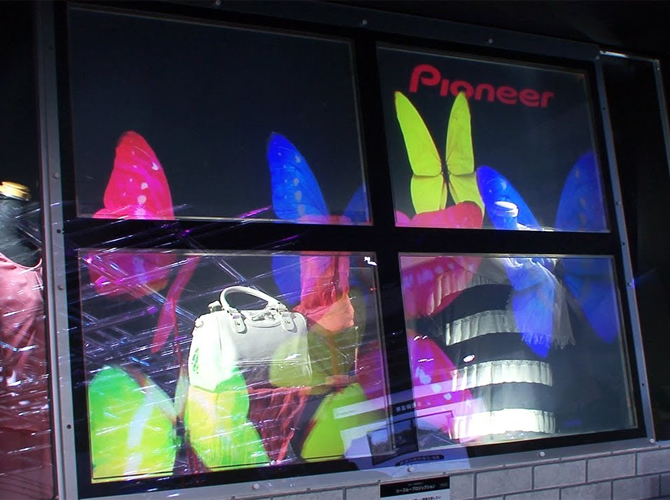 Pioneer is working with new projection based display technology for digital signage. Their see-through projection system is design so that an image can be projected from behind onto a transmissive transparent display. This is a first for Pioneer and possibly the world as store windows, although most are already as creative as they can get, could be made a little more entertaining.


According to the company’s own statements, the screen that would be mounted into the window and its corresponding projector, would be capable of generating a higher brightness and transmittance level (80% more) as compared to a regular transmissive LCD panel. The black portions of the screen would be transparent so that perhaps animated or regular video content could projected to help enhance the existing display without distracting you from the content of either. The company isn’t quite ready to make the technology retail ready yet but it shouldn’t be too long now. In the realm of digital signage though, Pioneer is certainly moving forward (pun intended).