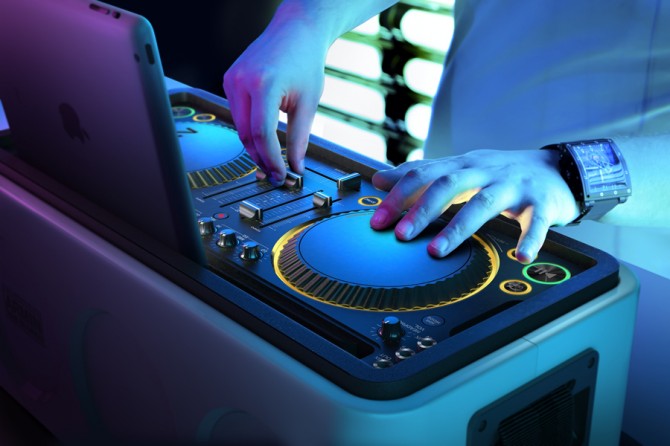 All the aspiring DJs and ASOT fans, there is some great news from the ongoing 2013 IFA show in Berlin. Philips has announced a new DJ sound system developed in collaboration with Armin van Buuren. The console named M1X-DJ System is comparatively inexpensive and easy to use which will make mixing and sharing music more accessible to everyone. “Together, we want to inspire more people to listen to, create and share the music they love,” said Armin van Buuren.


The M1X system promises to provide authentic DJ experience for beginners to professionals. It features multiple inputs and outputs which can be used to stack multiple M1X systems or link more expensive gear and systems. It is powered by D cell batteries than can power it for 5 hours. Bluetooth connectivity will allow music producers share music from other Bluetooth enabled devices. The Philips M1X-DJ Sound System will be available from November 2013 onwards but the pricing has not been confirmed yet.