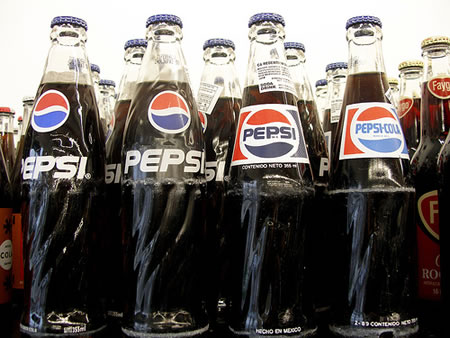 Pepsi sued over condom inside bottle

Next time, watch what you drink. You could be savouring a beverage that may be contaminated with alien objects like rubber. And I mean the second meaning. One thirsty fellow named Sudesh Sharma bought two bottles of Pepsi in 2003. He fell sick afterwards and had to go to the hospital. Little did he know that it contained something that he would have rather put into some better use, a condom. The Delhi State Consumer Dispute Redressal Commission has ordered Pepsi to pay up $471 to the victim. The company however says it’s ridiculous and there was no proof from where he bought the stuff. But that is no defense, says the court, as the company’s name was plastered on the bottle. After a bit of discussion, they have decided to relieve the company from paying $2,047 of punitive damages and now they have to just pay up the initial charges.

Finding odd things in your drink in India is a common thing. Most are immune to it, the rest get a bad tummy for a few days and then they are also ok. But to find a condom is like hitting below the belt. Literally. Who, in their right minds, would have done that? I feel, it’s more like a couple of the guys had some betting game and they stuffed it in. or maybe an employee was trying to hide his packet from spying employers. Or else, this Sharma dude might just have been smart enough to rip the company off some money. India is such an amusing country, this ought to be proof.
[TimesOfIndia]