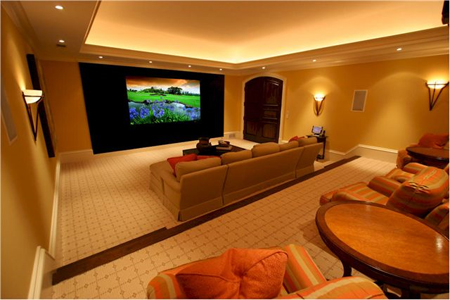 Are you a true movie buff? Does your home have a kick-ass home theater system that would rival a mini movie theater? And more importantly, do you have $20,000? Prima Cinema Inc. is a service that plans on getting you the very latest movies to your home on the day they officially release. No more piracy or bootleg copies. Of course your home will have to meet a certain standard. The $20,000 will be charged just once and the movies will be delivered digitally. You didn’t expect a reel did you? However it would cost you $500 per film, extra. Prima Cinema Inc. has backing from Best Buy Co. and General Electric Co.’s Universal Pictures. The service could be ready to go by the end of 2011. However these services could be met by serious issues from the theater owners as this could very seriously take way quite a bit of business. And let’s not forget this also depends on the studios and not all are ready to go down this road.
WSJ