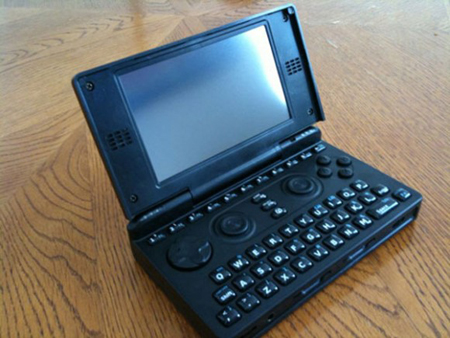 The Pandora handheld console has been battling a plague of hurdles that kept it from blossoming into the delightful flowers that the Nintendo 3DS and PlayStation Vita have bloomed into. The OpenPandora Project had some trial runs going and finally came to a point when the device was finally awesome enough to touch assembly lines. The project has been budding for four years and now that the fans have finally pooled in half a million dollars for the initiative, we are seeing it go to the mill next month. It may still wear the 4.3-inch display that isn’t cool anymore, a ten-hour battery life and open-source OS.

The Pandora handheld device is an open-source clamshell device with a QWERTY and analog control.
Slashgear