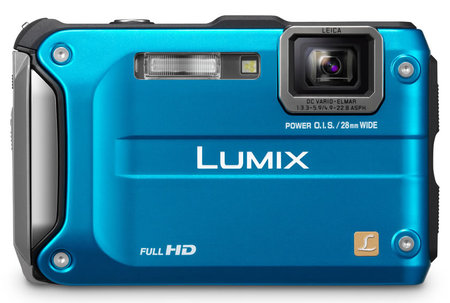 Quite often electronics are not meant for tough rugged used. Even if they are, there seems to be some compromise on features. But Panasonic doesn’t believe so. Its newly unveiled 12.1MP TS3 digital camera can survive just anything (metaphorically) with cool tech features. To substantiate its claims of a sturdy camera, the makers have made it waterproof for upto 40 feet of water levels, shockproof to about 6 feet; freezeproof to -10 degrees C, and dustproof too. Forget capturing memories, this one can be your punch bag when struck with anger fits.

This one is a successor of DMC-TS2 not just with external attire but also great specifications. The rugged attribute needs no further description. It can shoot 1080p HD video with an amusing 3D mode. No there isn’t real 3D capabilities here just that the camera will snap say 20 pictures at a stretch, pick the best two and overlay them to give an illusion of a 3D image. Other specs include 4.6x optical zoom, a built-in LED and a range of Panasonic’s intelligent auto options. It will hit the retail shelves in March this year in color options of red, orange, silver and blue though no word on pricing has been announced as yet.
[Gizmodo]