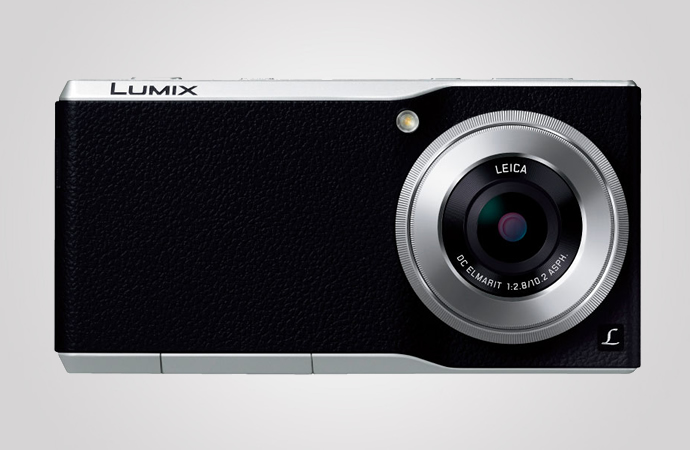 Panasonic’s DMC-CM1 is a Smart ‘Camera’ Phone with 4k Video Capture and LTE, but is that Enough to Make You Want to Buy It?

Following in the footsteps of Samsung’s Galaxy Camera, Panasonic also thought that instead of designing a good a digital camera attached to a mobile phone, it might please their consumers they that there’s a good mobile phone that’s attached to a digital camera. I can see that there might be some confusion, and aside from the Galaxy Camera example we now have the Panasonic DMC-CM1. Allow me to elaborate –

The DMC-CM1 is smart-camera… phone, that’s outfitted with a 4.7-inch touchscreen (1080p) which acts as the display and view finder for the camera module – a 1 inch high sensitivity MOS sensor of 20 megapixels. It’s a 28mm, F2.8 LEICA DC ELMARIT (Elmarit) wide-angle lens that, according to the company, is capable of capturing sharper images with less noise, in low light, than any other smartphone camera can. The Lumia smartphone must be smirking in the shadows.

The DMC-CM1 also features 4K video recording (@15 fps), which should impress those with 4K supported TVs and such. Other features include an LED (what no Xenon anymore?!) flash, 4x digital zoom (no optical), full HD video (2 30fps) recording of course, and the ability to capture images in JPEG as well as RAW formats. The focus ring around the lens can also be used to access aperture, shutter speed and adjust focus. Its mobile handset counterpart features LTE support, Bluetooth, NFC, GPS, 16GB on board memory with 2GB of RAM all squeezed into a 15.2mm thin body. All of this will run on an Android 4.4 OS. There’s no word on a Lollipop update as of now.

Although the specifications look good on paper and the design seems far less bulky compared to predecessors in this category of smart devices, the question really still remains – would you buy a smartphone with a really good camera or would you buy a smart-camera with a really good phone? The Panasonic DMC-CM1 is priced at a whopping $1015 (¥ 120,000) and should hit Asia in a limited quantity of 2000 units sometime in March.