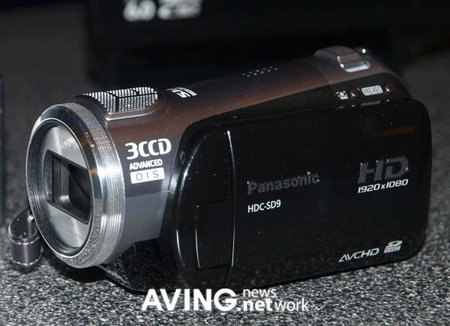 At the CES 2008 Panasonic has announced the ‘HDC-H59’ and ‘HDC-SD9’ full HD 3CCD camcorders. The HDC-HS9 is a hybrid model and records on both SDHC cards and the onboard 60GB hard drive. The HDC-SD9 on the other hand is the world’s smallest high def camera supporting SD cards it is the lightest too weighing in a mere 0.606 pounds. Common features include full HD recording 1920 x 1080 progressive recording at 24 fps in AVCHD format, Leica Dicomar lens, Advanced MEGA O.I.S. (Optical Image Stabilizer) which checks and compensates for hand-shake around 4,000 times per second, face detection which detects faces in the frame and automatically adjusts exposure, contrast and skin tone.

The HS9 is a hybrid model and can record full-High Definition images onto either an SD (or SDHC) Memory Card or to its built-in 60-GB hard disk. A 16-GB SDHC Memory Card can hold approximately six hours of video, and the 60-GB hard disk can hold around 23 hours (both in HE mode). This gives the HS9 a total capacity of approximately 29 hours of full-HD recording. In addition, the HS9 can copy recorded video images from the SD Memory Card to the hard disk, or vice versa, with the push of one button, so no computer is needed. 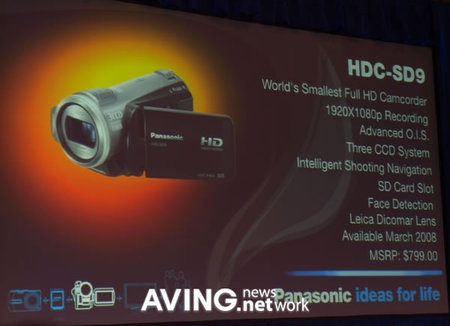 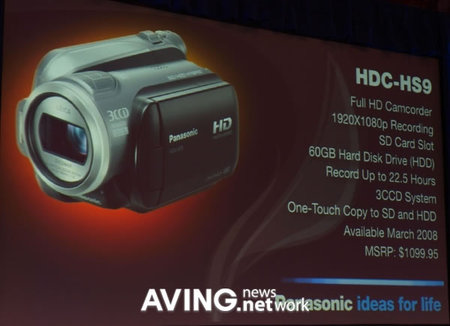