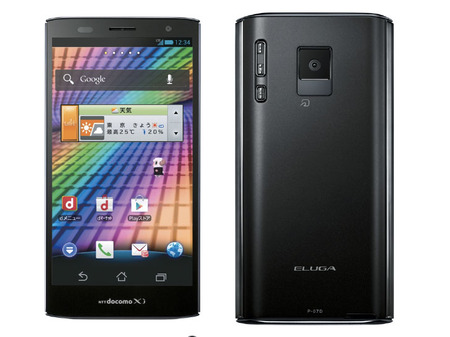 Japanese telecom major NTTDoCoMo has expanded its portfolio of smartphones with new Ice Cream Sandwich powered phones. Among them is the Panasonic Eluga Power P-07D this waterproof and dustproof runs the latest version of Android and is powered by a 1.5 ghz dual core processor. The phone has a 5 inch LCD supporting a resolution of 1,280 × 720 pixels, 8 GB of internal memory, 8 megapixel camera, Wi-Fi tethering and Mobile wallet. The phone supports DLNA and support for Panasonic’s Letsnote range of laptops which allows the user to share files and screens between the mobile phone and the laptop. The phone will be made available in black and will come with a rapid charger which powers the battery to 5-% capacity in under 30 minutes.