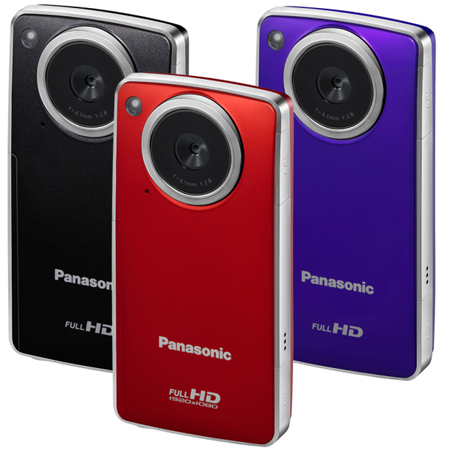 As if we haven’t seen enough mini camcorders from Kodak and Flip we’re seeing some more come in from Panasonic. They haven’t cooked up something as fancy as ‘PlaySport’ but have surely kept it real with the size and a name that goes like, well, HM-TA1 (yawn!). These are toned to record 1080 videos at 30 fps with a 2 inch LCD display let you know what you’re shooting, a USB cable, a battery that’s removable, an SDXC card slot and LED video light options. It’s only setback may be the 1/4.1-inch 3-megapixel sensor but then not everyone wants Godzilla sized captures. However, I expect this to be covered up by a succeeding model.