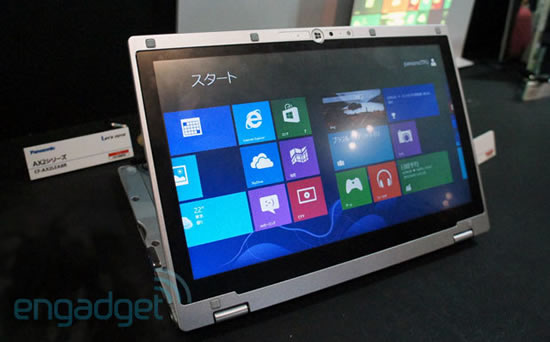 Panasonic shows off its own AX Series Windows 8 hybrids

Panasonic have decided to join the growing breed of Windows 8 patrons by revealing their AX Series of tablet/notebook hybrids. The three proposed models pack a 11.6-inch touchscreen display, around 4GB RAM, 128GB SSD and a 1.8GHz Intel Core i5/1.9GHz Intel Core i7 processor option. The AX Series will kick off when Windows 8 is launched on October 26th.


All in all one can expect the basic folding mechanism and the ergonomics of a keyboard that is the defining factor in hybrids such as these. There is no word on pricing but the AX Series does look like a promising line of releases to arrive with Windows 8. Everyone’s waiting.